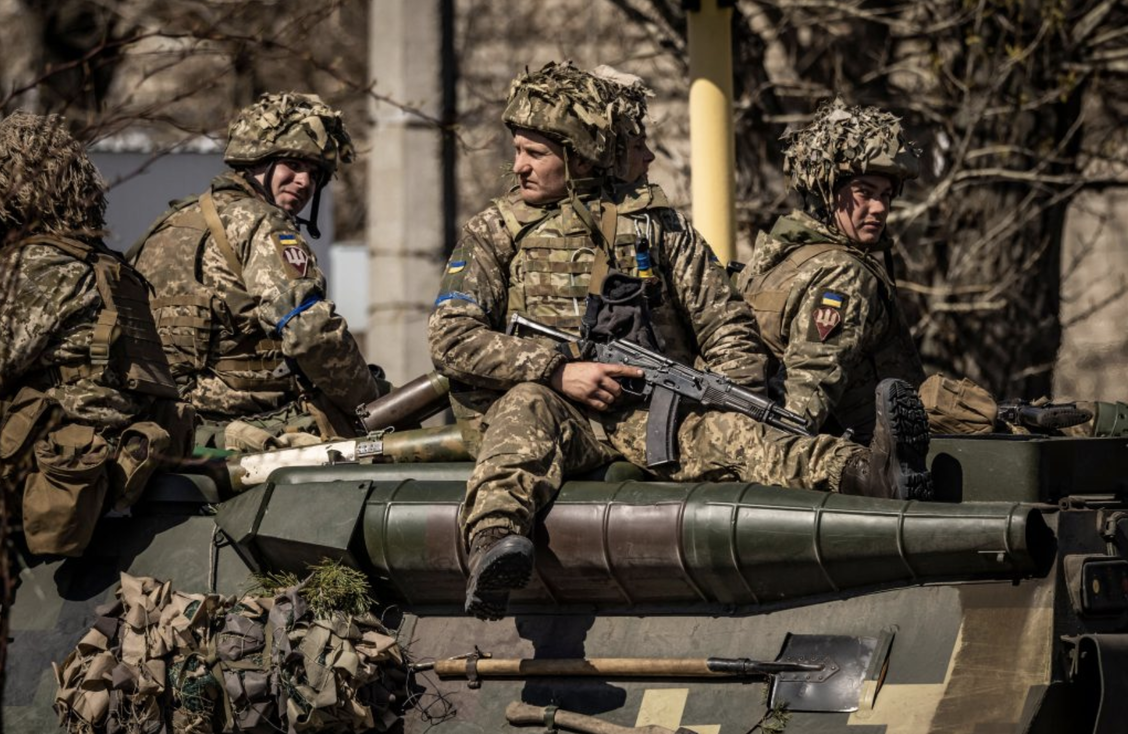 Deputy Defense Minister: Russia uses banned, untested weapons in Ukraine, breaking international law. According to Hanna Maliar, the Russian military is using its war against Ukraine to test new weapons which are still under research. Russia is also using many weapons that are banned under international law, she added.

Ukraine opens over 700 cases of collaboration, treason since start of war. Around 400 of the criminal cases filed have been transferred to other law enforcement agencies, Ukrinform news agency reports, citing First Deputy Minister of Internal Affairs Yevhen Yenin. The highest number of suspected collaborators are reportedly in Luhansk and Kyiv oblasts, 162 and 155 cases, respectively.

Report: Russia earned 93 billion euros from fossil fuel exports during the first 100 days of war. According to a report by the Finnish Center for Research on Energy and Clean Air (CREA), the EU imported 61% of the total sum, which is worth approximately 57 billion euros. China, Germany, Italy, the Netherlands, and Turkey are among the largest importers of fossil fuel from Russia. “Fossil fuel exports are a key enabler of Russia’s military buildup and brutal aggression against Ukraine,” the report reads.

President’s Office: Ukraine to request 1,000 howitzers, 500 tanks from NATO. Ukraine is also planning to request 200-300 multiple rocket launchers, 2,000 armored vehicles, and 1,000 drones from NATO, according to Mykhailo Podoliak, an advisor to President Volodymyr Zelensky’s chief of staff, and a Presidential Office document obtained by the Kyiv Independent. Ukraine needs the weapons to achieve parity with Russia and kick Russian troops out of Ukraine, he said. NATO defense ministers are expected to decide on the issue at a meeting in Brussels on June 15, according to Podoliak.

SIPRI: Global nuclear arsenal to expand for first time since Cold War. According to the Stockholm International Peace Research Institute, Russia’s war and Western support for Ukraine have increased the risk of nuclear arms use and proliferation. “All of the nuclear-armed states are increasing or upgrading their arsenals and most are sharpening nuclear rhetoric and the role nuclear weapons play in their military strategies,” said Director of SIPRI’s Weapons of Mass Destruction Programme Wilfred Wan.

Institute for the Study of War: Russia conducts unsuccessful operations in Donbas. The U.S. think tank reported on June 13 that Russian forces carried out unsuccessful assaults near the cities of Popasna, Bakhmut, Izium, and Sloviansk. Russia is also reportedly continuing to deploy unprepared volunteer and reserve units to reinforce its forces. The think tank reported that Russian forces likely “staged terrorist activity” in temporarily-occupied Melitopol and Berdiansk for “Russia Day” on June 12.

Government bans exports of Ukrainian coal, gas, oil fuel. The June 13 government decree is a response to the ongoing fuel shortage in Ukraine caused by Russia’s attacks on energy infrastructure, supply, and storage.

CNN: Ukraine used trucks, ships to export corn dodging Russian blockade. A ship carrying 18,000 tons of Ukrainian corn reached a Spanish port on June 13. Ukraine shipped corn to Poland using trucks and then loaded it onto a ship at Poland’s Baltic Sea port of Swinoujscie, CNN reports. Russia is continuing to block Ukrainian ports with over 25 million tons of grain stuck in Ukraine.

Luhansk Oblast Governor: Russia destroys all bridges leading to Sievierodonetsk. According to Serhiy Haidai, all bridges are ruined, but Ukrainian defenders in the city are not blockaded and still control a part of the city. Locals are surviving in extremely difficult conditions, as the evacuation of civilians and delivery of humanitarian aid to Sievierodonetsk is impossible, the official said.

Ukrainska Pravda: 33 Ukrainian volunteer drivers held captive by Russia for over 2 months. At least 33 drivers who were evacuating civilians from Mariupol and other cities are in Russian captivity, Ukrainska Pravda reported citing their family members. Russia reportedly accuses them of terrorism and wants to imprison them for 10-15 years.

German media: Private jets of sanctioned Russian oligarchs continue flying through European airspace. According to German news outlet Welt am Sonntag, avoiding sanctions is possible because the real ownership of planes is often hidden via offshore companies. The outlet identified at least 30 flights by jets and helicopters that belong to sanctioned Russian businessmen.

Ukraine exhumes bodies of 7 killed in forest near Kyiv. Ukrainian investigators exhumed seven bodies from makeshift graves in a forest near Kyiv on June 13. Police say they were civilians who had been killed by Russian forces during their occupation of the area. The bodies were found near Myrotske village in Buchansky district, some 30 kilometers west of Kyiv. “This is another sadistic crime of the Russian army in the Kyiv region,” Kyiv Oblast police chief, Andrii Niebytov, said.

Police investigate deaths of over 12,000 Ukrainians during Russian invasion. National Police Chief Ihor Klymenko said that over 1,500 civilians have been killed in Kyiv Oblast alone. According to Klymenko, 1,200 bodies, including those found in mass graves, have yet to be identified.

Donetsk Oblast Administration: Over 22,000 people killed in Mariupol. According to preliminary data, more than 50,000 people were forcibly deported from Mariupol to Russia and the Russian-occupied territories of Donetsk Oblast. The administration added that civilians who remain in occupied Mariupol are forced to go through so-called “filtration camps,” where residents are interrogated and tortured.

Governor: Russian attack kills 1, injures 2 people in Sumy Oblast. According to Dmytro Zhyvytsky, a Russian drone dropped ammunition on the community of Velykopysarivska in Sumy Oblast on June 13, killing and injuring civilians. Sumy Oblast has been under numerous mortal attacks today, he added.

Prosecutor General’s Office: Russia’s war has killed 288 children in Ukraine since Feb. 24. Around 527 children have reportedly been injured since the start of Russia’s full-scale invasion. The figures are expected to be higher since they do not include casualties in areas where hostilities are ongoing and in Russian-occupied areas, the office said on June 13.

Prime ministers of North Macedonia, Albania, Montenegro to visit Kyiv. According to Montenegro news outlet Vijesti, prime ministers Dimitar Kovačevski, Edi Rama, and Dritan Abazović have yet to agree on a date for the visit.

EU official: Ukraine should join European Union within years, not decades. European Commission Vice President Vera Jourova called for giving Ukraine EU candidate status “as soon as possible.” “This is a very strong symbolic message and an incentive for the Ukrainian people. We will make a decision on Friday,” Jourova said in an interview with Spanish newspaper El Pais.