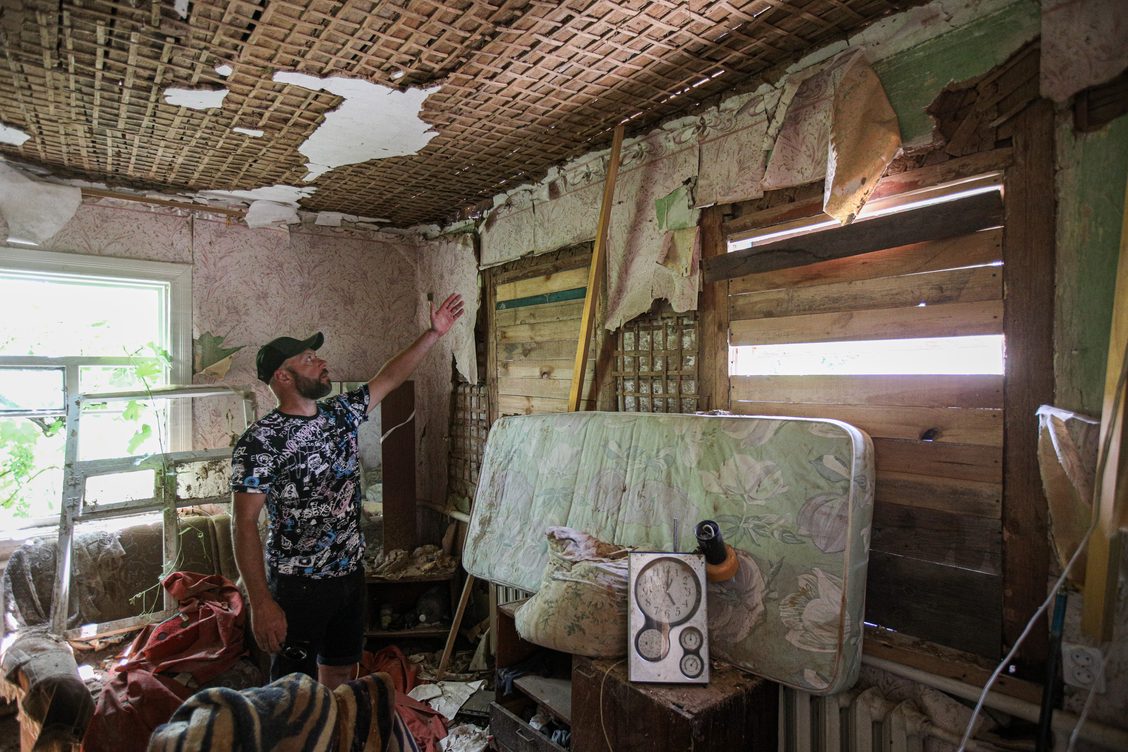 Official: First Ukrainian vessel with grain reaches Turkey. According to Odesa Oblast Governor Maksym Marchenko, the first grain vessel that departed from Odesa Port on Aug. 1 is now entering the Bosphorus Strait. AFP reported that the Sierra Leone-flagged Razoni is due to be inspected on Aug. 3 by Ukrainian and Russian officials before heading to the Port of Tripoli in Lebanon.

Institute for the Study of War: Russian forces responsible for killing 53 Ukrainian POWs in Olenivka. The U.S. think tank reported on Aug. 1, citing two anonymous U.S. officials, that there is no evidence that Ukrainian forces used HIMARS multiple rocket launchers to hit a prisoner camp near the town of Olenivka in Donetsk Oblast on July 28. According to the ISW, satellite and other imagery from the site shows that the attack only damaged one building without collapsing its walls or leaving any shell craters in the vicinity, which “strongly” indicates that the destruction of the prison was the result of either a “precision strike or an internally planted incendiary or explosive.” “If Ukraine had used something other than HIMARS to conduct the strike, the attack would almost certainly have left collateral damage around the facility, including craters and other damaged buildings,” the ISW said.

Embassy: Ukraine proposes that Lebanon buys stolen Ukrainian grain from ship docked in Tripoli. According to Ukraine’s Embassy to Lebanon, Kyiv has proposed that the Lebanese government buys grain at a twice cheaper price than the market. Ukraine’s Ambassador to Lebanon Ihor Ostash earlier said that a Syrian ship loaded with grain stolen from the Russian-occupied territories in Ukraine docked in the port of Tripoli on July 27. Lebanon arrested the ship for the time of an investigation.

Azov Regiment urges world to recognize Russia as terrorist state. “After the public execution of prisoners of war of the Azov Regiment in Olenivka, Russia is looking for new reasons and explanations for its war crimes,“ the Azov Regiment said in a statement. The Supreme Court of Russia labeled the Azov Regiment as a terrorist organization on Aug. 2. Many of the victims in the attack on the Olenivka prisoner camp in the Russian-occupied part of Donetsk Oblast on July 28 were members of the Azov Regiment, a unit within the National Guard of Ukraine, who took part in the defense of Azvostal in Mariupol and were supposed to be part of a prisoner exchange.

Medvedev’s account calls for occupying Georgia, Kazakhstan, aide claims it’s been hacked. Russian media reported that Dmitry Medvedev, an ex-president and deputy chairman of Russia’ Security Council, had published a post on social network VK saying that Georgia should be merged into Russia. He also said that Kazakhstan is an artificial state, accusing it of launching a “genocide” against Russians and adding that order will be restored there only when Russia interferes. The post was deleted from Medvedev’s account shortly after it was published. Later a Medvedev aide said the account had been hacked.

Kyiv School of Economics: Ukraine’s economic damage due to Russia’s war estimated at over $108 billion. According to the Kyiv School of Economics (KSE), the total cost of damages documented since Feb. 24 has reached $108.3 billion, requiring at least $185 billion for recovery. Damaged and destroyed housing has the largest share of total losses, the report says.

Ukraine’s air defense intercepts 7 out of 8 missiles in recent Russian strike. According to Yury Ihnat, the spokesperson for Ukraine’s Air Force Command, Russia launched eight missiles from the Caspian Sea using Tupolev Tu-160, a supersonic heavy bomber, on the evening of Aug. 2. Russia targeted southern, central and western Ukrainian oblasts. Serhiy Bratchuk, the spokesperson for the Odesa Oblast State Administration, said that four X-type cruise missiles, X-101 and X-555, were shot down in Mykolaiv Oblast. One of the missiles hit Lviv Oblast.

Governor: Two-thirds of residents have fled Donetsk Oblast. According to Pavlo Kyrylenko, around 350,000 people are remaining in the region. Mandatory evacuation from Donetsk Oblast has begun on Aug. 1. The first two trains evacuated 224 people to the city of Kropyvnytskyi in central Ukraine. Deputy Prime Minister Iryna Vereshchuk said on July 30 that 200,000 civilians must be evacuated from Donetsk Oblast, and the evacuation must start before the heating season, as there is no proper electricity supply and no gas supply in the region, while Russia keeps destroying heating equipment.

Since mid-February, even before Russia’s full-scale invasion of Ukraine began, many men of conscription age in Russian-occupied Donetsk, the largest city in Ukraine’s Donbas region, went into hiding, fearing what might happen if they stepped outside. Read our story here.

The Security Service of Ukraine (SBU) exposed a massive bot farm suspected of spreading disinformation about the Ukrainian government and fake news about the situation on the front line, allegedly with the help of a lawmaker who is “a part of the close circle of the former leadership of the state.” Read our story here.

Governor: Russia’s war kills 403 people in Mykolayiv Oblast since Feb. 24. According to Mykolaiv Oblast Governor Vitaly Kim, more than 1,000 people have also been injured in Mykolaiv Oblast since the beginning of Russia’s full-scale invasion, but mandatory evacuation of the civilian population from the region is not yet planned. The governor added that the shelling of Mykolaiv Oblast has indeed increased, “but the Armed Forces are planning an operation to liberate Kherson Oblast, which will lead to a decrease in these shellings.”

Number of victims of shelled evacuation bus in Kherson Oblast reaches 3 killed, 5 wounded. As a result of Russian shelling on an evacuation bus near the village of Dovhove, Kherson Oblast on Aug. 1, three people were killed and another five injured. Natalia Humeniuk, the spokesperson for the joint southern command of Ukraine’s Armed Forces, said Russian forces fired at the bus with mortars. The bus was going from the occupied settlement of Starosillya to Kryvyi Rih in Dnipropetrovsk Oblast.

Governor says agricultural tycoon Vadaturskyi, wife may have been killed accidentally. Mykolaiv Oblast Governor Vitaly Kim said that businessman Oleksiy Vadaturskyi and his wife could have been killed accidentally as a military base used to be located at the site of their house. The Prosecutor General’s Office has not ruled out, however, that their deaths could have been premeditated murders and an investigation is ongoing. Vadaturskyi and his wife Raisa Vadaturska were killed when a Russian strike hit the bedroom of their home in Mykolaiv on July 31.

De Morgen: Belgium freezes Russian assets worth 50.5 billion euros. According to Belgian media outlet De Morgen, the frozen assets include “all kinds of financial assets such as money and shares owned by 1,229 people and 110 other entities, such as Russian politicians, oligarchs, banks, and companies.“

Zelensky, Stoltenberg discuss military aid for Ukraine, grain shipments. President Volodymyr Zelensky and NATO Secretary General Jens Stoltenberg held a phone call on Aug. 2 to discuss the alliance’s military support to Kyiv. The two also discussed the first shipment of grain from Ukraine’s ports since Russia’s invasion began on Feb. 24 and the need to fully implement the grain deal sponsored by the UN and Turkey, Stoltenberg said on Twitter. In a statement following the call, President Zelensky said he had informed Stoltenberg about the situation on the battlefield and the need to receive more heavy weapons from NATO members in order to repel Russian attacks.